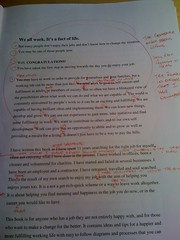 As a copy editor in my day job, I know that no one can truly self-edit. However, as a novelist, you also won’t receive the full benefit of a professional editor’s attention if you don’t clean up your work first. Especially if you’re a messy first drafter like I am. This is my first time revising a full-length novel, and here are a few things I’ve learned so far.

I haven’t gotten to the second or third passes yet, so for this post, I’ll talk about what I’m looking for in the first pass. Roughly, I’ve broken down revisions into three areas:

My ideas for what to include in each pass came from a variety of sources, including Writing Excuses and other podcasts, my coursework at university, Fictorian Era, The Creative Penn, SF Novelists, Magical Words, and other blogs I read on a daily basis.

I’ve just mashed everything together here so as to better analyze what worked and what didn’t in the future. The first pass is going smoothly for me so far. So what do I look for during a scene audit? 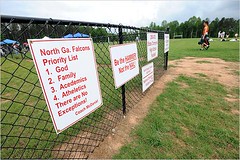 Before the first pass, I took an overhead look at all the scenes of my book using the outline view in Scrivener. If you don’t already know about Scrivener, I highly recommend it, especially during this phase.

I then wrote down a brief synopsis to keep myself on track. And I’ve read that doing so can help you spot plot holes, though I don’t believe I noticed any at that time. (But boy, did I notice some later!)

The first scene, climactic scenes, and the final scene of the novel all have a few extra questions, but here is the basic checklist for auditing every scene:

To me, starting with carving out big pieces (deleting and rewriting scenes), then progressing into whittling your way down (working on dialogue, action, setting, etc.), and finishing with the polish (language, cadence, etc.) just seems to be the most logical method and the best way to keep your sanity.

Over the past two months I’ve spent editing The Ageless, I’ve discovered that writing may not be the longest part of this whole production. 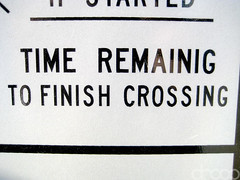 One challenge when doing a scene audit is to keep your hands to yourself. Since this was the first time I’d looked at The Ageless since August last year, I wanted to fix all the terrible sentence structures as I went along. I allowed myself a few weak moments but mostly tried to keep my mind on task.

Only later would I go back and review my notes on a scene, and with the context from the other scene audits, I was better able to decide whether the scene was worth keeping or not.

Many scenes started in a rambling fashion or ended weakly. With the scene audit, I’ve been better equipped to pinpoint why and correct them. For weak endings, that usually just means ending a few paragraphs sooner.

So, since the beginning of March as of the time of this post, I got this far on The Ageless:

My other, personal challenge has been my participation in a critique group. I prefer to hand them something decent to critique, which means I’ve also been cheating and doing the second pass before sending them a scene. That has slowed me down somewhat. More on the second pass later!

How do you stay motivated to keep editing? Do you use three passes? When do you decide it’s good enough to send to critique partners or beta readers?

The Last of the Ageless is published now!