The Birth of the Genre 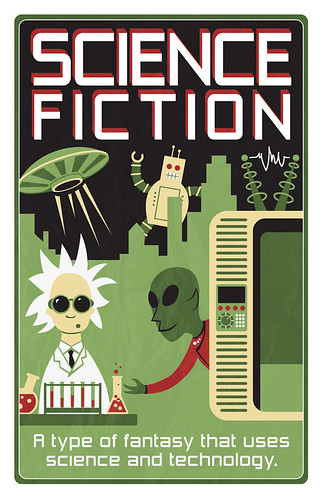 The origin of the speculative fiction genre, which today encompasses both science fiction and fantasy, is hard to pinpoint. One reason is because the term “science fiction” was introduced long after the first works we would consider to be SF were already published. Although SF existed, it hadn’t truly been defined yet. (Some would say it still isn’t.)

Even today, many people get hung up on that tag, science fiction, because many SF novels are somewhat lacking in the science department, making the difference (or lack thereof) between science fiction and fantasy difficult to discern. I imagine this is why bookstores surrendered and just started tossing SF and fantasy onto one bookshelf.

When I was a freshman in college, I was given an assignment to write about any topic I chose—but only about that topic during the 1920s in the US. Of course, I chose science fiction.

It turned out to be an incredibly challenging project for many reasons. It was hard to restrict myself to the growth of the genre over just one decade. It was also difficult to find reference materials on such an obscure topic as science fiction (which wasn’t even necessarily called that) in the 1920s. And staying away from the beginnings of the fantasy genre was also especially hard, since we can’t agree on what the difference is, even today.

Still, I tackled the assignment with fervor (especially since I considered having to take English 102 an insult to my demonstrated skills and AP scores) and produced an incredibly lengthy paper. Thankfully my professor was willing to read the whole thing, even though it was well beyond scope.

Although it’s rather dry (hello, academia) and tends to wander in focus, I’m linking to it here in its entirety. I congratulate anyone who reads the whole thing without being paid to do so. You may be interested in this quote, buried deep in the paper—Brian Aldiss, addressing the problem that a lot of SF isn’t very scientifically rigorous, said: “Science
fiction is no more written for scientists than ghost stories are written
for ghosts.” Brilliant!

Note: The link below is outside this server, on my day-job portfolio website. Hit the back button if you want to come back to Worldbinding.

What decade do you consider to be the birth of science fiction?

Comments Off on The Birth of the Genre