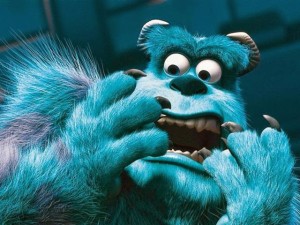 It’s also one of the few times you might be paid (arguably, in this age of free e-books) to intentionally put obstacles in someone’s way, to make someone’s life harder than it needs to be, and to tear down and destroy someone’s life, though the ‘someone’ is fictional.The only other similar job functions I can think of are in military posts or as a hacker making money by finding holes in security.

About a month ago, I was writing a scene where a handful of characters needed to sneak into another character’s stronghold. Turning it over and over in my mind, I couldn’t imagine a way for them to get in. Eventually, I realized the solution was that there was no solution — it would have to be one of those times where the characters don’t win, despite their best efforts.

This week, I finished all the scenes of The Last of the Ageless leading up to the climax. I was excited, pumped up, ready to see what these wind-up toys would do on the stage I’d created for them.

And then I started trying to write the first piece of the climax, and it wasn’t exciting anymore. Some might say I jinxed myself by thinking I might actually finish this story by my original deadline. But I think it’s a sign that something’s not quite right. A puzzle piece is missing or fitting in the wrong place.

So over the next week, I’ll be working on seeking and destroying the problem. It could be that I have the climactic scenes in the wrong order, or that I’m using the wrong viewpoint character. Perhaps the obstacles I’ve set up for them aren’t as hard to overcome as I would like them to be.

It could also be that I’m trying to make the characters fit the plot, rather than the plot fit the characters, which is troubling. Or it might just be a fear of finally finishing this project.

Whatever it is, I intend to actually write my way through this one, rather than spending too much time rereading like I did the last time I hit a wall. We’ll see if that works.

On a related note, I found a cute drawing someone did on Google+ that offers some great advice: How to Succeed at Anything. (If you don’t have a Google+ profile, you can see the drawing anyway, don’t worry.)

Pop over and tell me how you obliterate obstacles:
Friend me on Goodreads
Follow me on Twitter
Circle me on Google+

Thanks for stopping by!

Comments Off on Obstacles in Writing