As usual, ConCarolinas was awesome. I learned a ton of fantastic writing and marketing tips from my fellow science fiction and fantasy authors, and even took part in a Rapid Fire Reading with the Broad Universe! I read from page 10 of The Last of the Ageless, when Dalan first gets himself into trouble…

Because this post will be long, I’ve decided to break it into THREE parts. Part 1 covers most of Friday and parts of Saturday. Part 2 contains notes from panels on planning a trilogy, marketing, and how to end your story. And Part 3 will be my own reflections.

When Calandra Usher invited me to the reading and then reminded me it was at 9 pm Friday, I got the jitters. But Cali is awesome and she helped me pick the right scene for the reading!

I’ve only done one public reading before at my old high school. So this was pretty exciting for me, and what I hope is a taste of things to come.

Each member of the Broad Universe went down the line and read 3 minutes’ worth of goodness from their latest work in progress or published novel. And when my turn came, I don’t think I tripped over a single word. Or if I did, I probably skipped it.

Everyone had something awesome to read. Next year we’re going to provide a list of works or pass around some sort of mailing list so people can find the stories they liked best.

I was just super stoked to see my name on a piece of paper with all of these fine folks. Big thanks to the Ardent Alliance for supporting my writing career and giving me the funding for membership with the Broad Universe!

The Broad Universe is an organization dedicated to the support of female science fiction, fantasy, and horror writers. That doesn’t mean Broad Universe is strictly limited to female membership, however, and in fact we had male-identifying authors read on Friday. All speculative fiction authors who uphold the Universe’s mission can join. See the FAQs.

Writers and Mental Illness — Depression and How to Survive

This powerful panel immediately followed the Rapid Fire Reading, leaving me on a roller coaster of emotion. Ever since Logan Masterson passed, John Hartness had been greeting each day the way Logan often did with a quick Facebook message asking what everyone’s planning to do today.

I’ve seen John write very supportive things about mental illness on his Facebook page before, so this was not a spur of the moment decision for him. He wanted to get the message out loud and clear that this is something we need to talk about, to be open about, now and in the future.

We need to show our vulnerabilities so others will know they are NOT alone.

Earlier this year, I was glad to read Mary Robinette Kowal’s blog post about depression because of the awareness it brought to so many. Depression isn’t something that strikes down losers. It doesn’t need a “reason” to inflict its misery on someone. Mental illness can affect anyone, at any stage in their career or life.

John’s fellow panelists, Melissa, Darin, and Tamsin all had their part to play in the highly emotional and cathartic discussion. For me, the biggest takeaway was a story Darin told about how when he was in the military he did everything within his power to stop a fellow soldier from committing suicide, including putting him under armed guard, and it happened anyway. Relatives of victims of suicide often wonder what they could’ve done to stop it, but usually, you really have done all you possibly can.

Darin also helped explain what signs to looked for in friends and loved ones, using the acronym SIG-E-CAPS. All the panelists stressed the importance of reaching out to someone you suspect might be in need of support.

Members of the audience also contributed important notes and anecdotes of their own experiences. In that room, we all became of one mind: We have to stop treating mental illness like a stigma and start recognizing it as an illness that needs treatment like any other ailment. It’s nothing to be ashamed about.

So what should you do if you think you may have depression or another mental illness? Go to your primary care doctor first. You’d be surprised how common it really is.

You are not alone.

Read Tamsin’s recap of the panel and what it meant to her.

Read John’s FB post about who inspired this panel.

Please also give John’s We Are Not This interview a listen on Guardians of the Geekery podcast.

Marvel on the Small Screen: Daredevil, Jessica Jones, Agents of SHIELD and Beyond 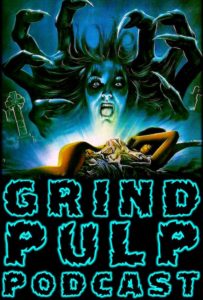 To lighten things back up, here’s a quick recap of a fun one. Initially, the panel mainly centered around comparing Daredevil and Jessica Jones. Seed called Jessica Jones more of a thriller when explaining why it differed so much from Daredevil.

Listen to the panel on SoundCloud!

We then moved into speculation around Luke Cage and Iron Fist and other Marvel properties, both big screen and small. It was fun to geek out and talk Marvel movies for a while. 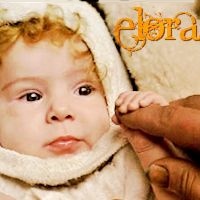 This panel mainly centered around characters that have mystic pregnancies, such as ones that end in a few days, and magic babies that grow up in a few days. But there are many types of magic pregnancies and babies in fiction, both written and filmed. Here’s a few examples the panelists brought up:

They also made the point that pregnancy is generally not treated realistically in fiction, and considering that a large number of your readers may have experienced it for themselves, this is a great opportunity for writers to bring in some verisimilitude!

For instance, you really aren’t going to go off on an adventure six months’ pregnant. It’s also a huge emotional commitment. And finding a babysitter for several days in a row while you save the world? Not easy.

Same thing goes for magic babies… It takes time for a child to psychologically and emotionally mature. Even if the body does magically age at a rapid rate, the mind and emotions might not keep pace. And many things that proceed to happen with magic babies might be considered abuse in the real world, so keep that in mind as well. The Body Remembers is a nonfiction book that will help you consider what happens to characters who experience trauma even before they speak.

Elora Danan is a magic baby done right. Willow has to find a way to hide her, to keep her quiet, to feed her, etc.

On the Magic Babies panel: “The first time the magic baby finds the amulet, he would put it in his mouth!” – @SarahJoyAdams #ConCarolinas

One trope to avoid is turning the mother into a vessel. This is overdone and is degrading to women. The mother has no agency and it sidelines female characters.

The panelists also noted that adoptive parents can feel as strongly about their kids as bio parents. It’s an underused trope that more writers might consider, but one good example is Aunt Pol from the Belgariad universe. She really is his mother, and she cares for his wellbeing like a mother, not someone who’s just trying to save the messiah.

Saturday at 4pm was a major conflict because I wanted to go to FOUR panels:

In the end, even though I really wanted to go the Extrapolating the Future (something I’ve blogged about before), I picked the Author Dating Game because it was a type of panel I’d never heard of before and it sounded fun.

They called one contestant up to ask dating questions like, “Where would you take me on our first date?” The three authors on the panel then had to answer the question… by roleplaying one of their own characters!

It was hilarious. The participating authors were all very witty and quick on their feet. Whichever character the contestant picked was the winner, and the contestant got that author’s book for free.

This was a great panel, and I’ll keep it short.

The Don’ts of Writing Quests

This panel was amusing to the audience because none of the panelists pitched it and no one knew what “sharp” scifi really meant. I think it was meant to be an amalgamation of soft/hard: s(oft)-har(d). Where the -p came from, I’ve no idea.

So instead we talked about some generalities around subgenres within speculative fiction. Please don’t take these too seriously or get into arguments about what REALLY defines X subgenre based on these or any other definitions you find on the Internet. Personally, I’m sick of arguments about subgenres, so don’t say I didn’t warn you!

I hope you enjoyed the recap of these ConCarolinas writing panels! Part 2 arrives next week.

Be the first to know when I release my new epic fantasy with scifi and steampunk elements (so, science fantasy!) next year by signing up to my new releases newsletter.

Keep up with what’s going on behind the scenes by joining the Ardent Alliance.