A recent example is the movie In Time, where a person’s lifespan is used as currency. Nothing else about that future is really futuristic. The culture, the things people buy, the luxury items, and even the social system aren’t much different than today. The movie dramatizes what the lower class gives up for the upper class’s life of luxury. In Time is ultimately a political movie.

But my upcoming sci-fi novel, The Century, calls for a great deal of extrapolation about the future (and my old ideas don’t hold up, now that the future has become the present). Below I’ll mention some points I considered when trying to prepare for writing The Century.

The main problem with the time period I’d previously set The Century in was the spacecraft. We’re nowhere near being able to travel outside our solar system (current time to the nearest star: 70,000+ years). So we’d need a different fuel source, at the least. Project Daedalus recognizes this problem and has plans for an alternate fuel. Icarus Interstellar plans for interstellar travel by 2100.

There’s a tendency to apply a type of Moore’s Law to all technological advances, not just computing capacity. That is, we assume that we’ll advance rapidly in all areas, not just in computer chips and transistors. Some futurists of the past thought that we’d have cured diseases like diabetes or cancer by now, for instance. 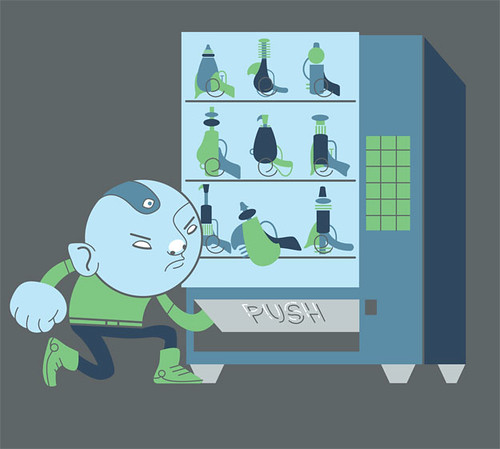 But when considering space travel, nanotechnology, genetically modified foods, and so on, there’s also the cultural, economic, and sociological implications to consider. We have the technology to have personal flying cars right now, but many other factors make them impossible.

So even if technology and other sciences follow Moore’s Law in the future, extrapolation involves not only the question of can we do it… but will we.

Which brings us to climate change. Some say that part of climate change is just the Earth’s natural cycles. Even if that’s true, we know that even ancient civilizations had an impact on their nearby natural environments. Now humanity spans the globe.

Skepticism regarding climate change and its causes is waning, but even those of us who accept the evidence do little to change our habits on behalf of Mother Nature. The problems seem to include a short future outlook (our lifespans are too short to care), a belief in the generations that follow (surely their technology will be enough to fix it), and a belief in a higher power (surely will help if things get too bad). Until we’re on the brink, I don’t expect our habits to change.

In the future of The Century, nations grapple with the effects of climate change. Equatorial regions will be depopulated, neighboring countries may have shut their borders to those fleeing desertification and drought. Countries like the US will battle the increased forest fires, droughts, and super-hurricanes.

Of course, that’s only the backdrop to the story. The impact on everyday citizens is about as much as it is now, since the setting isn’t along the equator or the Arctic. Oh, except for the food rationing among the lower classes. But climate change sparks an increased investment in space exploration — in the Century, people have launched their first interstellar ships by the 2070s.

I could go on about each area I extrapolated in, but instead I’ll mention some of the resources I used, in case anyone reading this is also a writer or is interested in ideas about what the future may be like.

Extrapolating the future and predicting the future are two different concepts. I think most science fiction authors are aware that the future will catch up to their novels, and they’ll be proven wrong, probably in a great many areas. Sci-fi authors have correctly guessed plenty of things too, but hey, everybody thought we’d have those jet packs by now, right?

The point is not to predict the future, but to show what might happen and how characters deal with their surroundings. What do you think the future holds? Will virtual reality be commonplace? Nanotechnology that slows down aging? Interstellar travel? Perhaps the real question is not will, but when?

Comments Off on Extrapolating the Future